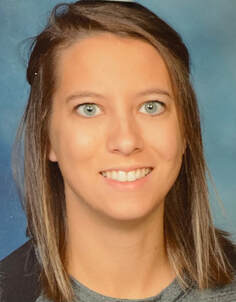 Information: This will be Coach Clifford's first year as Varsity Coach at South Houston High School.

Coach Clifford grew up in Clear Lake, Texas. She began playing volleyball at the age of 11 at the YMCA. She begin playing club volleyball when she was 14 at Pearland Juniors Volleyball Club. She played volleyball at Clear Lake High School where she was a three year Varsity Player.

Coach Clifford began her coaching career while she was in college. As a senior, she served as assistant coach to a 14s team at Brazos Valley Juniors. When she moved back to Houston and began coaching at Gulf Coast Volleyball Association. She assisted at the 13s and 14s level before taking over as 12s head coach for 2 years. In 2018, she moved to 18s where her team qualified for USAV Nationals, finished 4th in the Houston Shootout Series and placed 9th in a USAV Qualifier- USA Division.

Concurrently, when Coach Clifford moved back from college she coached JV volleyball at North Shore High School, finishing 2nd in District. In 2014 she moved to be JV and Varsity Assistant at Clear Springs High School where she won district with her JV team each year and assisted in bringing Varsity to the Regional Tournament in 2015 and 2018.

Personally, she is married to her husband, Travis, and has three great kids: Ty, Talon, and Tripp.